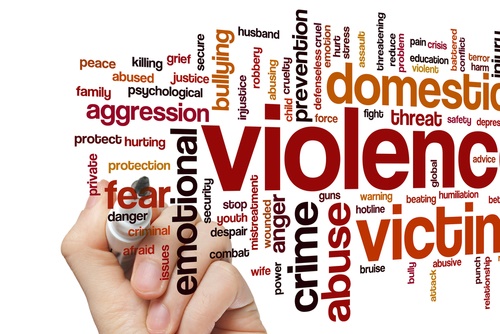 What is sexual assault?

Sexual assault takes place when a person forces penetration or non-consensual sexual touching onto another person. There is currently a sexual violence epidemic in the UK; instances of this heinous crime have been at a record high since 2002. High-profile cases such as Sarah Everard who was raped and murdered by serving met officer Wayne Couzens brought about a national outcry of concern about women’s safety in the UK. Below are some statistics that depict the shocking figures of sexual assault in the UK:

Despite these appalling figures recorded by the Crime Survey for England and Wales, the organization rapecrisis.org estimates that only 1 in 100 of those rapes resulted in a charge that same year. On top of this, most survivors of rape don’t report the crime. As a result, the actual number of rapes occurring in the UK is likely to be much higher than the official figure released by the CSEW.

According to survivors of this devastating crime, the reason rape goes unreported is because survivors feel embarrassed by what happened to them, they don’t trust that the police can help, or they feel humiliated.  Rape is a very serious crime that affects both women and men.

These figures demonstrate that an estimate of 2.7% of adults across the UK had experienced penetrative rape or other non-consensual in 2022 compared to 2.2% in 2020.

Again, it is likely that the figures published by the CSEW don’t accurately depict the true extent of sexual assault in the UK. This is due to underreporting; survivors of sexual assault fear their abuser finding out, they worry people won’t believe them and often possess a lack of faith in the justice system. The statistic also excludes those 60 and over; the CSEW previously included up to the age of 74 but this has since been changed.

Police recorded rape and sexual offences were the highest on record in the year ending March 2022. These figures also demonstrate that instances of rape are the highest they have been in 20 years. These shocking figures show that rape offences have nearly doubled in the past six years, from 36,320 in 2015-16 to 70,330 in the year to March.

Due to Hollywood films, the discourse around rape culture depicts rapists as people who hide in bushes and attack strangers at night. While it can be true that survivors don’t know their rapists before the rape, this narrative overshadows the fact that rape can take place in the home. The rapist may not be a stranger but rather a family member, partner or family friend. It is estimated that a partner or ex-partner carries out 1 in 2 rapes against women. Consequently, the organization rapecrisis.org is trying to shift the way society perceives rape; instead of telling young girls to not walk home alone at night, it is important to look at the data and view who the real perpetrators of these crimes are.

The organization rapecrisis.org has highlighted that despite the jump in recorded sexual offences, new data from the CPS has noted that the number of police referrals, convictions for rape cases and charges fell behind the Government’s 2016 levels. For example, despite record numbers of recorded offences in the year ending March 2022, just 4,049 rape cases were referred to the police, compared to 6,611 in 2016. Furthermore, there were just 1,733 convictions for rape, compared to 2,991 in 2016.

So, what does the significant increase in reported sexual offences, including rape signify? Rapecrisis.org suggests that it represents a closing of the gap between the numbers of rapes and other sexual offences happening and the numbers reported. According to the ONS, this increase in reporting may be due to several factors, including the impact of high-profile incidents, media coverage, and campaigns on people’s willingness to report incidents to the police, as well as a potential increase in the number of victims’.

Reporting sexual assault can be a traumatic and complex procedure. However, the CICA is designed to help survivors and provide them with financial help for the horrendous act/s of abuse they have endured. To find out more about sexual assault compensation, or to speak with one of our expert advisors, please contact us on 0151 242 5111.

Start your ‘No Win No Fee’ claim now!